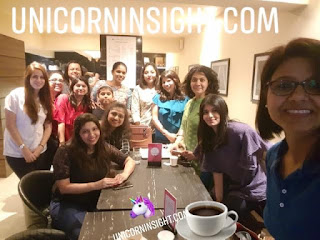 Thank you for your presence all the awesome folks who joined in for the meetup on 19th Jan 2020.Yeah 11 women graced us with their presence on our first meeting in the Unicon cafe.
There was so much to catch up on and I was so overwhelmed by the knowledge that was shared by these amazing women. We had so many different participants right from a dentist to a pastry chef- from an entrepreneur to a home chef and from a digital marketing specialist to a software consultant ..yoga teacher,a story teller and so many more. Each person passionate about their work and personal life.
The Meetup was with a theme of Law of Attraction. We spoke on the basis of Ask Believe Receive. And then we discussed some basic questions regarding its application.

I summarised the learnings from our first meet- here are my top 11 for all of you
24 hours are less: Our Pastry Chef Neha rightly said when you love what you are doing 24 hours will always be less.Having said that life is too short to get bored and henc…
Post a Comment
Read more 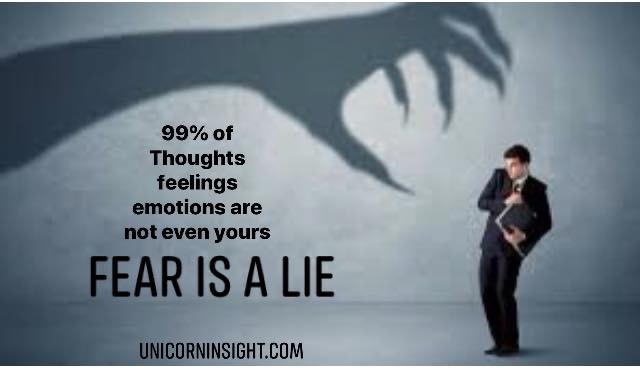 The World is currently based on fear.
People call this fearful illusion a ‘reality’ and think there is no way to escape it.
They believe they have no choice and it is necessary to know that it cannot be avoided. But always know you have a choice to choose what you want to attract in life

Fear of diseases, Fear of War,Fear of Poverty..Scarcity...so on and on.

People are absorbing fear of others like psychic radio receivers and feeling as if it is their own fear. 99% of thoughts feelings emotions do not even belong to us !!

Within every grown up adult is a fearful little child who feels scared. The main reason for fear is the connection between the child within you and the adult within you is lost. The emotional

and decisive part of most of us are disconnected.

Most people who claim have no emotions or feelings have shut their inner child. On the other extreme - those who are too impulsive and feel stressed worried anxious all the time have…
Post a Comment
Read more 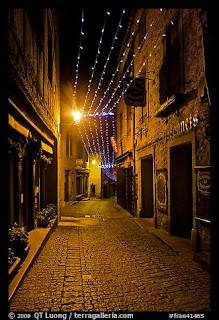 In the world where people say there is lot of negativity going on - and most people feel scared,helpless,cynical and pessimistic- we need to know that there is so much good available. The only thing you need to do is choose it.

A Quick story of my client- who was stuck in a foreign land with phone battery gone dead in the country where they did not speak English.

A little skeptical and a lot helpless Nayana (name changed again to keep identity safe) was really worried as she did not know what to do to reach hotel.
All of a sudden she remembered a few tools of access consciousness and started using them on trial and error. She also started her prayers and since was also an Angel Therapy student - she prayed with all her heart

Within 3-4 minutes she found a taxi and an English speaking taxi driver whom she says ‘appeared out of no where’ . He safely helped her reach her hotel room and she said “everything was so quick and miraculous..…
Post a Comment
Read more 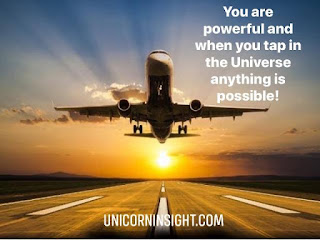 In Today’s post we are going to talk about Richa (name changed) who had some papers stuck before she was to fly to the US for further studies. Also she had misplaced a marksheet. Her mother who is my client was feeling helpless when she came for a session. And on top of that she was all time being told by everyone who been there done that - the system would take atleast a month. And that was a ‘reality’ which she had to accept

We did some clearings .Gave her a few tools and helped with a few energy flows. And in the next 4 days miraculously she got the misplaced papers. Her stuck papers came along and the process got expedited.Not just this - she could process her entire procedure flawlessly. And within a week she was ready to fly (yes)

She calls it a miracle and Magic❤️

Have you been told - certain procedures take‘stipulated time’. Or somethings like government jobs or procedures will take longer. People won’t support etc

Sarcasm - Do you need to reconsider kindness? 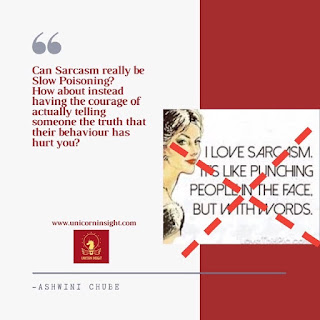 #coffeecubiclecabin  #mentalwellness
Sarcasm at Workplace and in Relationships
Do you know- People who are Sarcastic and are so called thinking they are ‘smart’ or ‘super intelligent’are actually angry, insecure, or cowardly. This was as per a study by Psychology Today .
Contrary to what the internet may sell - Sarcasm Fundamentally, is a cover. It’s used to cover anger, envy, or inadequacy that, without the anti-sugarcoating of sarcasm, feels too forthright.
The origin of the word sarcasm derives from the Greek word “sarkazein” which literally means “to tear or strip the flesh off.” No doubt Sarcasm is only used to belittle someone. Despite smiling outwardly, many people who receive sarcastic comments feel put down and often think the sarcastic person is a bully or overall just a j**k
Sarcasm traditionally means saying opposite of what you want to say and then either saying “ just kidding “ or even making a straight fave.
Have you really felt ‘dumb’ or ‘stupid’ after you really did not u…
Post a Comment
Read more 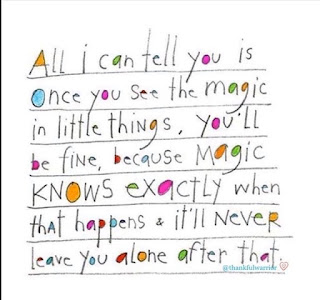 In the world where people say there is lot of negativity going on - and most people feel scared,helpless,cynical and pessimistic- we need to know that there is so much good available. The only thing you need to do is choose it.

The key is to choose to step out of the negativity trauma cycle and choose your joy. Remember- help is available

I ll be sharing Success Stories of me or my clients who have managed to tide over what seemed like the most difficult situations. All the stories are real but names of clients are changed to keep their privacy intact 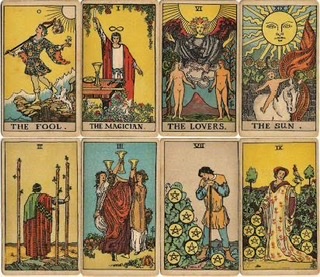 The Sun, moon, star and the fool Time to enrol in the Tarot school
Kings ,Queens,Knights and the Pages are there And the 10 Numbered cards which take you somewhere
Wands, Cups, Swords and Coins to know
I am so super proud of my first batch of 2 Magical Tarot Graduates or Tarot Wizards as I call them - who learnt Tarot by Intuition with me in- both based in the UK 😍 and my 3rd student from Mumbai is almost finishing her course.
Tarot is much more than predictions what will happen tomorrow and a woman looking into a crystal ball. Tarot helps you connect to your subconscious mind and taps in the limiting beliefs in your mind to find solutions which you might have ignored consciously.

And a while ago ago when I started reading the cards in 2015 -I did without reading any books or materials and just tapped into my intuition. I was criticised for doing Tarot inspite of being ‘highly educated’ and ‘qualified’

Ashwini Chube
From an Investment banker to a trainer, writer and speaker, Ashwini’s journey has been phenomenal. After doing her MBA Finance and working for 8 years in investment banking with brands like RBS and Morgan Stanley – majorly in Mumbai and a stint in London – Ashwini discovered her life purpose and decided to make a choice to be a transformational trainer, movational speaker and a spiritual coach in 2015. She is a certified Train the trainer from Dale Carnegie. She conducts workshops on Law of Attraction and Subconscious mind programming. She is a regular speaker with Help Talks at Tardeo Mumbai. She is associated with Ramnarain Ruia College as a visiting faculty for management topics. http://www.unicorninsight.com